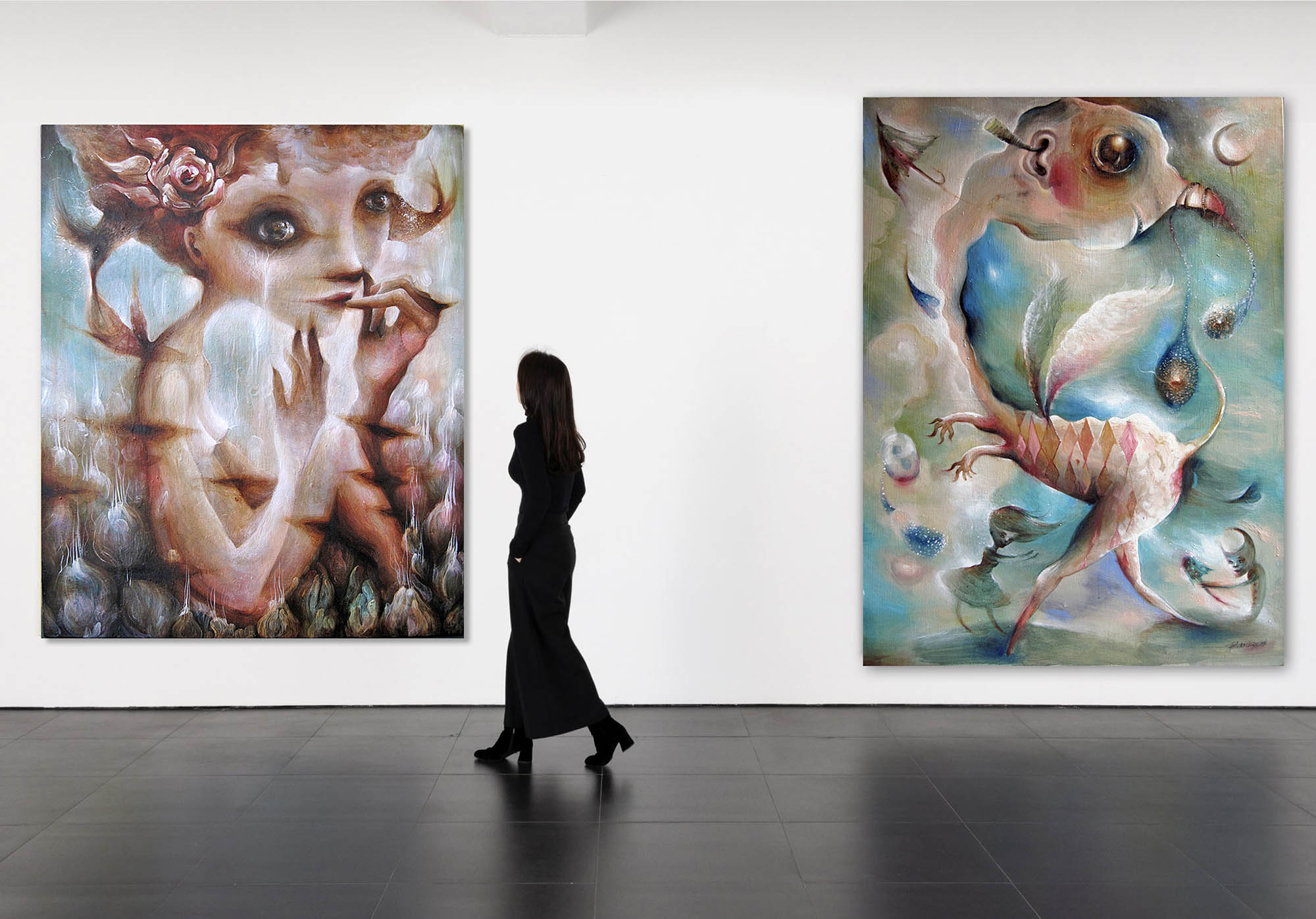 STORIES FROM THE NEVERLAND | Paintings

From the interview for “Highlark” magazine:

“Her work is a fantastical interpretation of today’s social whims, but among the creatures and other universes lies an eerie sense of order.

A medicine cabinet full of horrors, maybe, depending on how you see the line between real and unreal. Ultimately, past the metaphor and narrative and saturated imagery, it’s Valentina’s personal dive into the deep that defines her work, exploring a place that remains open to a select few individuals if only they choose to enter it.

It’s easy to pinpoint the humanistic element in Brostean’s pieces, especially her most recent ones. These are, for the most part, more representational of the human form than earlier works – the face and body are rendered classically, less abstracted, and more defined in terms of shape and feature. These straightforward forms are effective in their own way, relating directly to what we look for in ourselves and each other, and the external forces we face.

Some of her scenes, however, retain the distortion that she seems to have focused on in her early stuff, that unearthly normalcy. The painting walks the line between human representation and the abstracted forms it can take; what I see as a culmination of Valentina’s personal influences.

On a technical level, Brostean has an approach to the canvas in which she fills it in its entirety but leaves something to be desired in the negative space.

Her compositions, when centered, are a glimpse – a still frame, caught and presented.

When not centered, they instead swim around the piece, framing and highlighting as they go.

Working with acrylics, Valentina also achieves a range of values that allows for exaggerations – from rotundity to twig-like figures, each is cast in a faint half-light that sets the scene for yet another altered reality.

Valentina’s work is in the end, a reflection on herself and how the peculiarities of that space repeat themselves around her.” 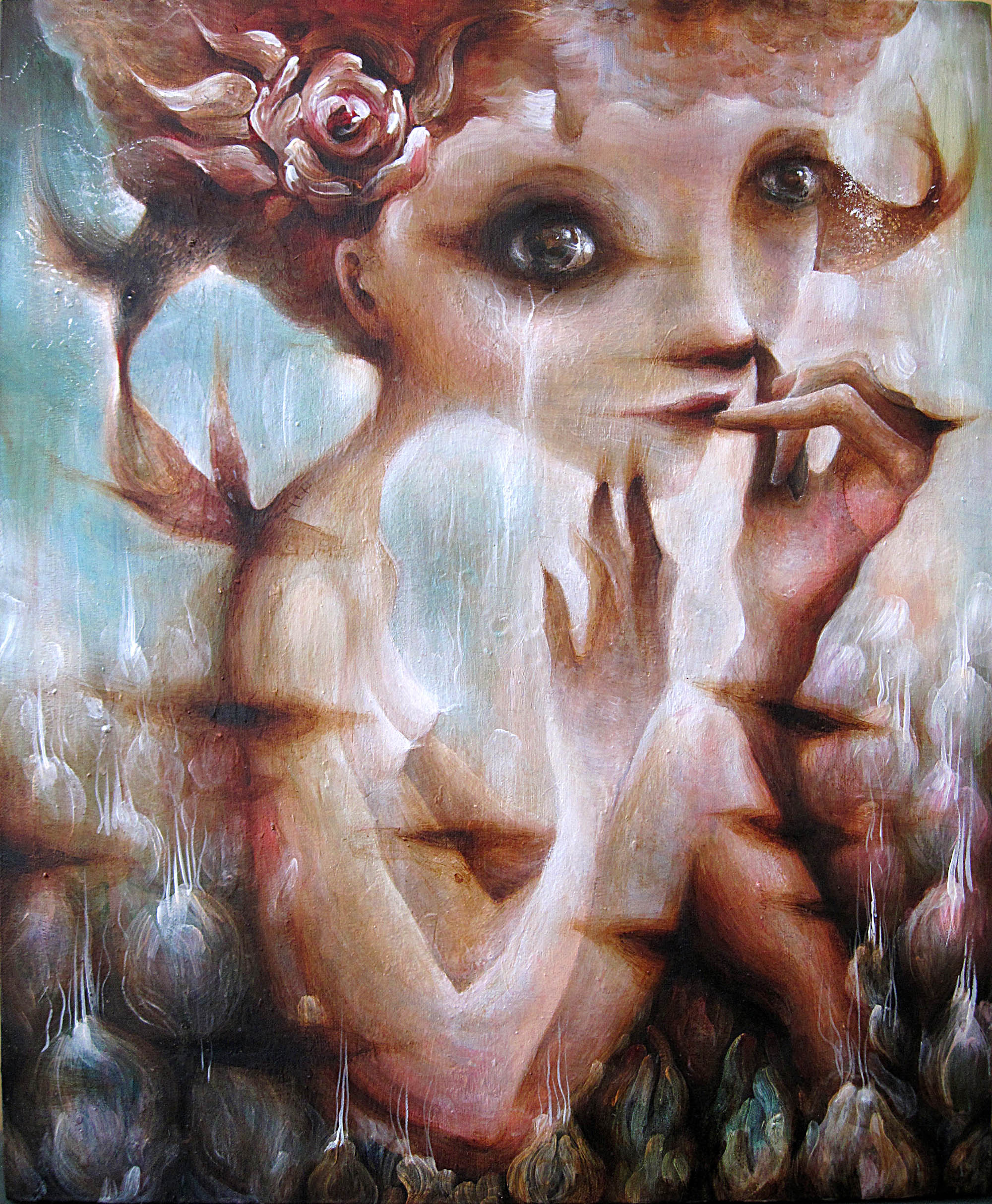 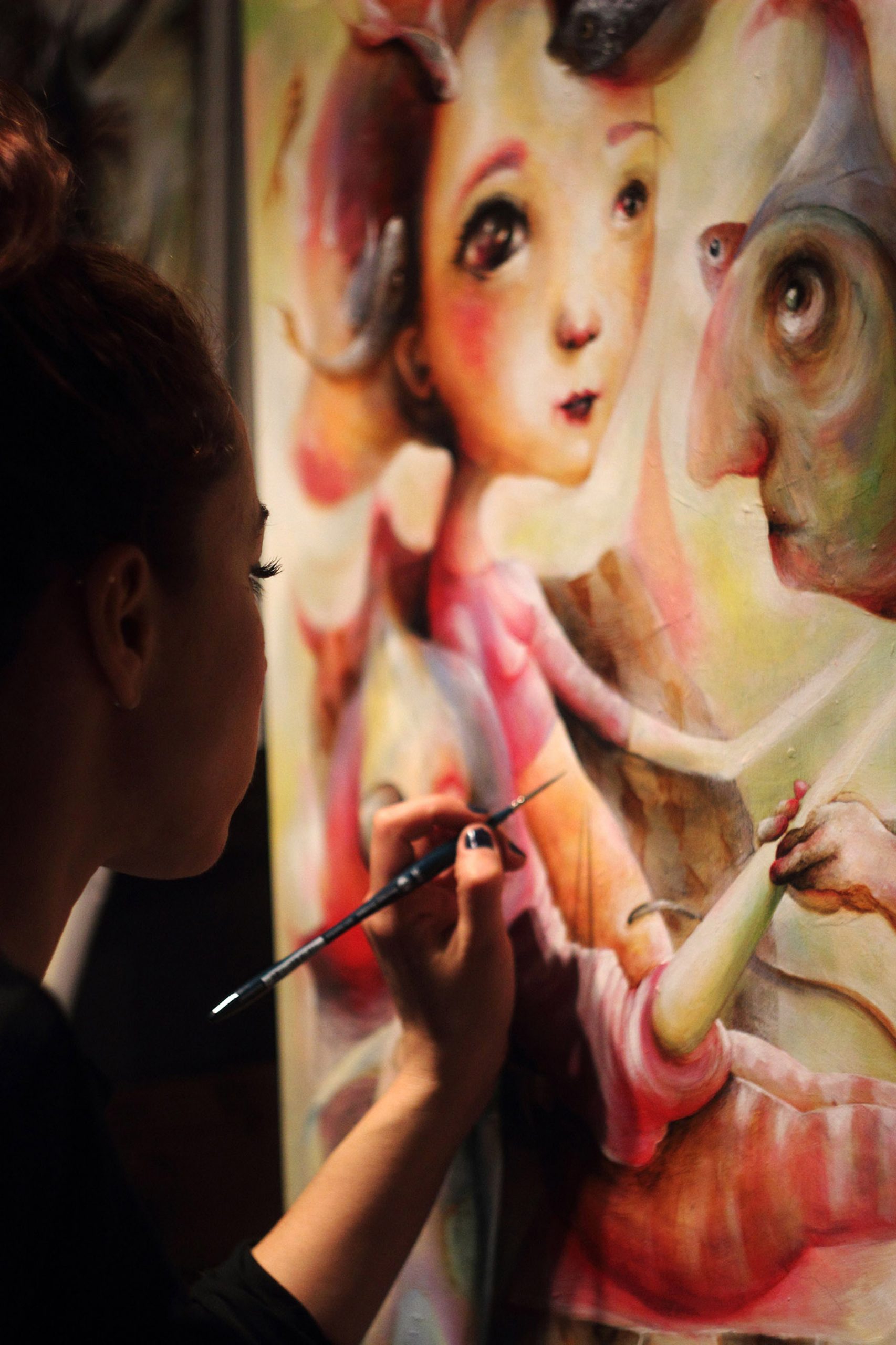 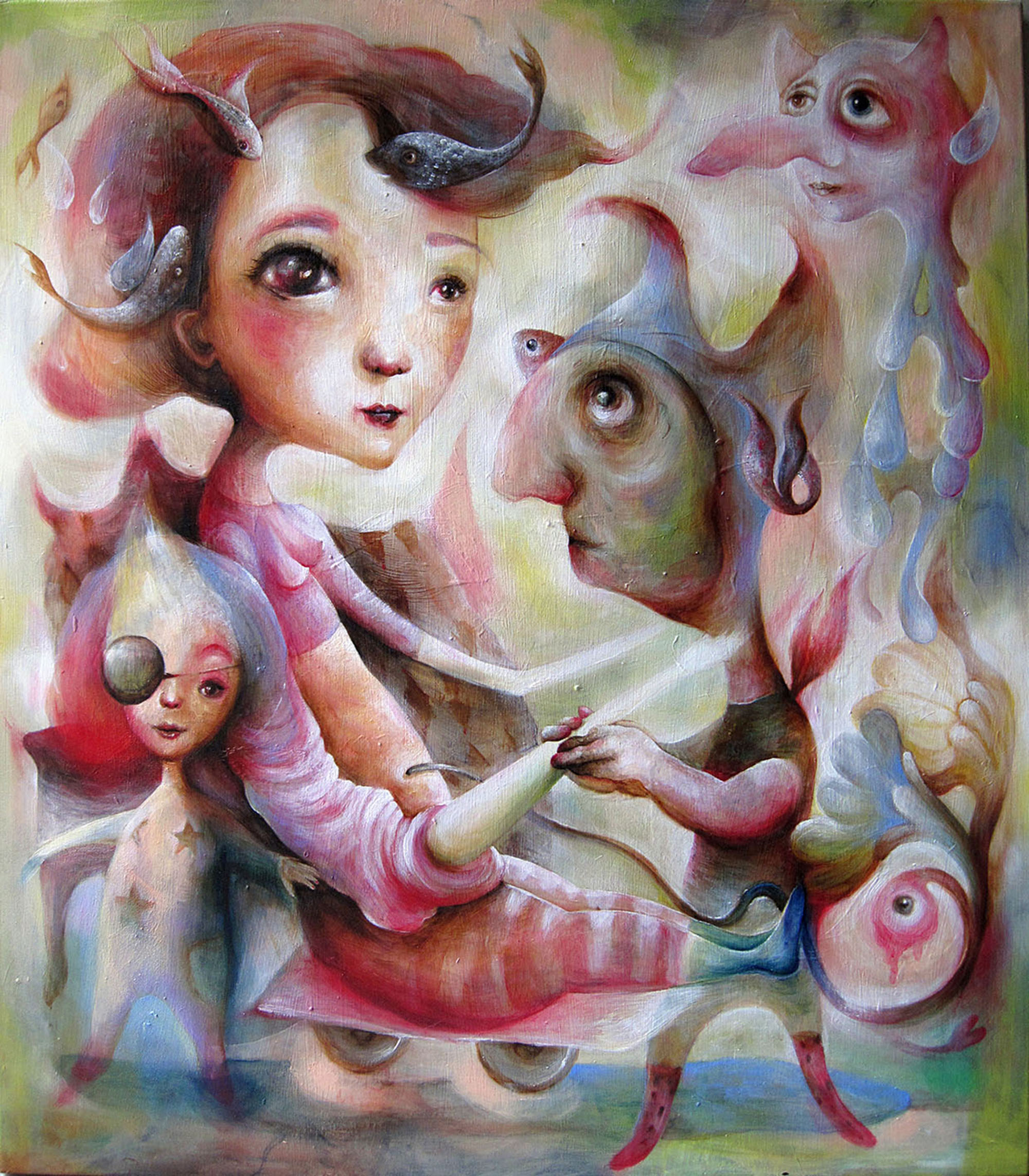 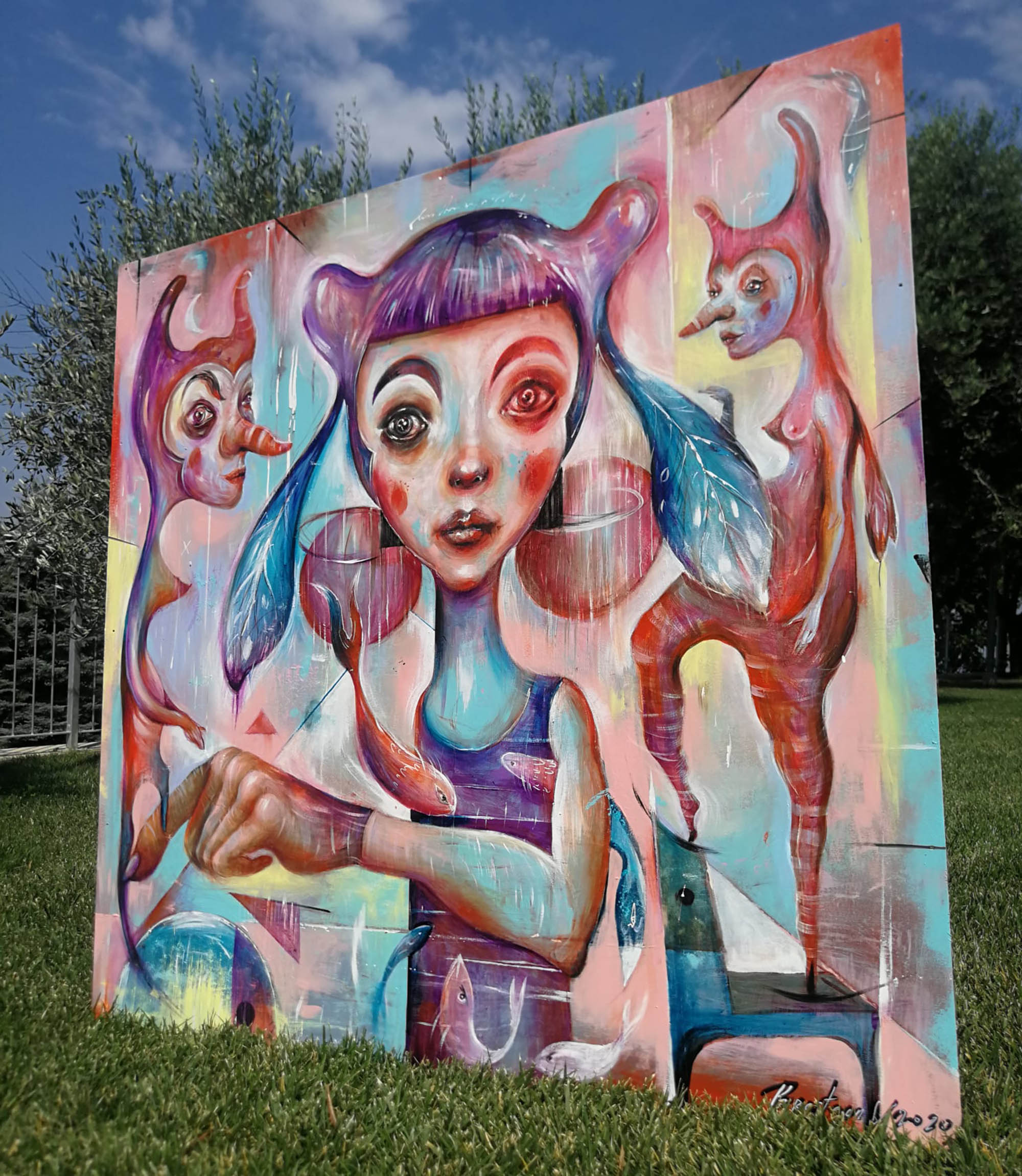 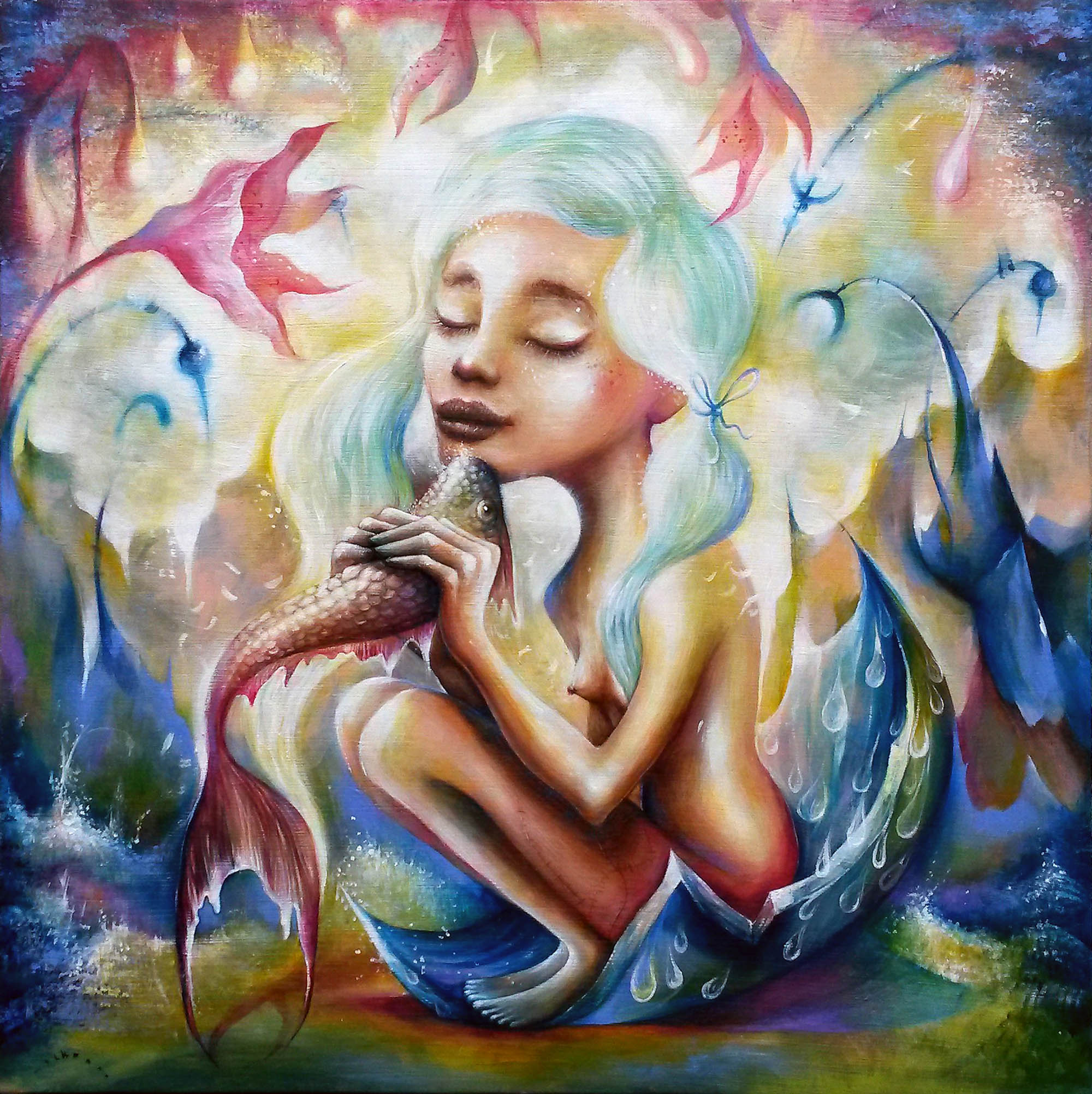 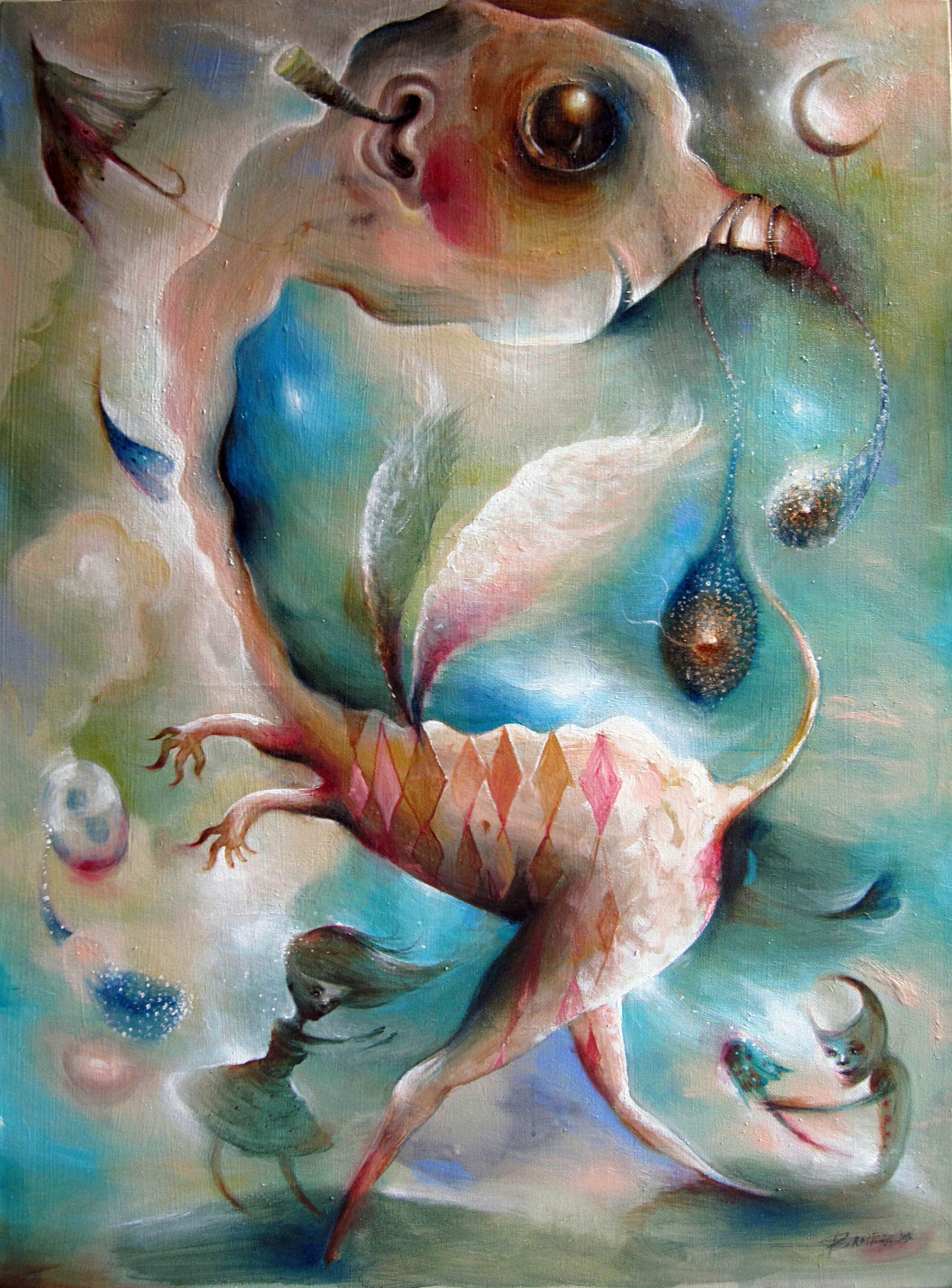 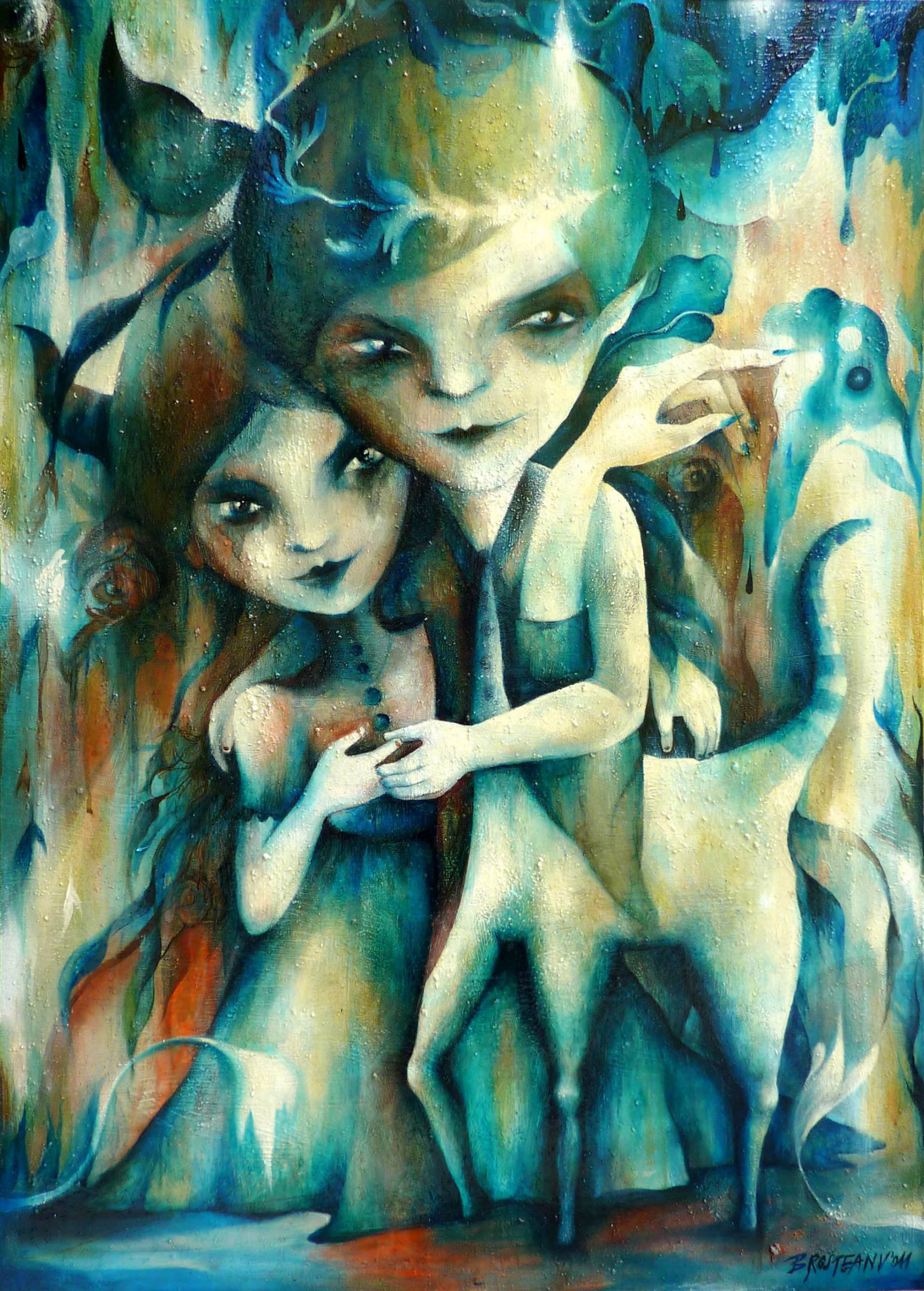 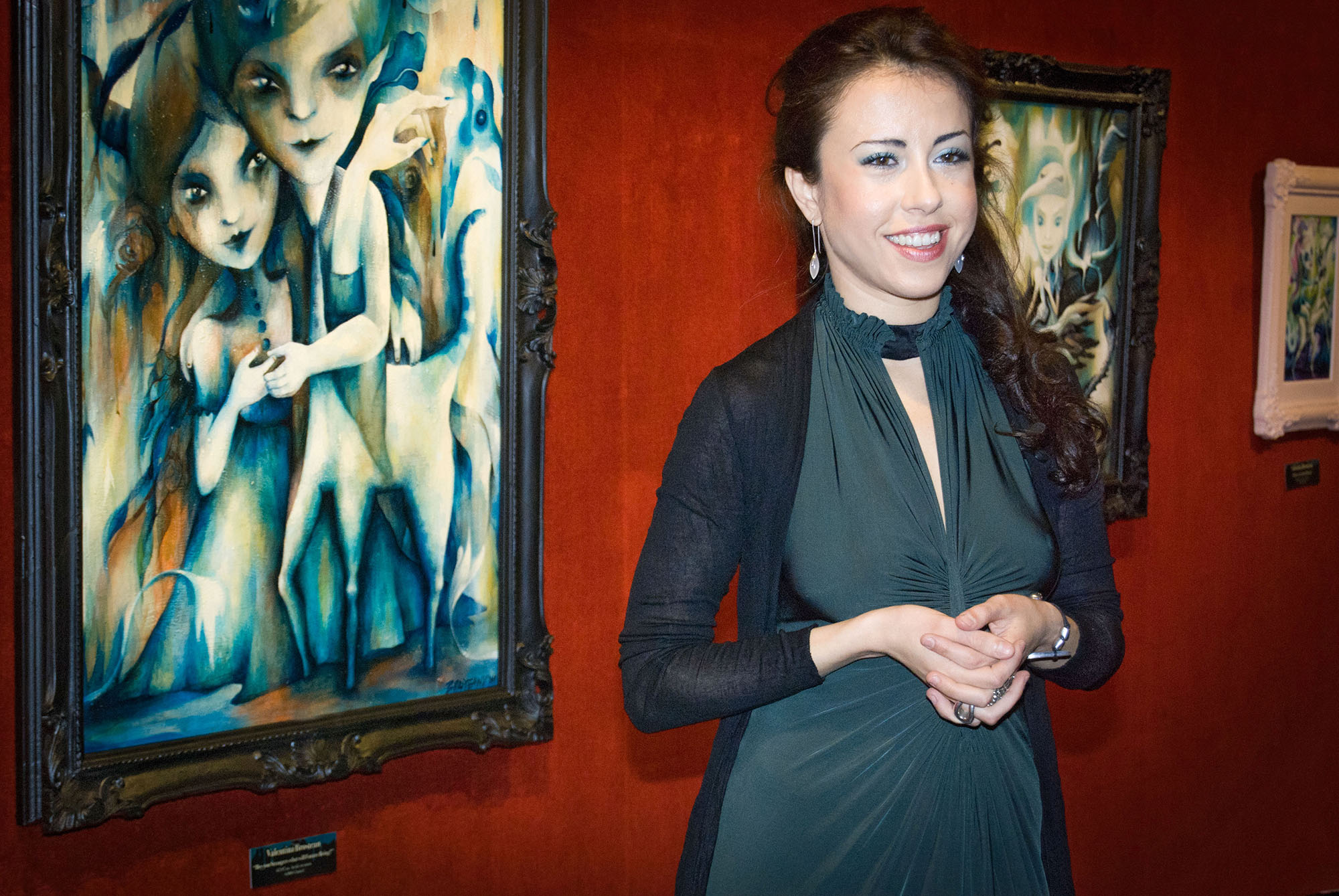 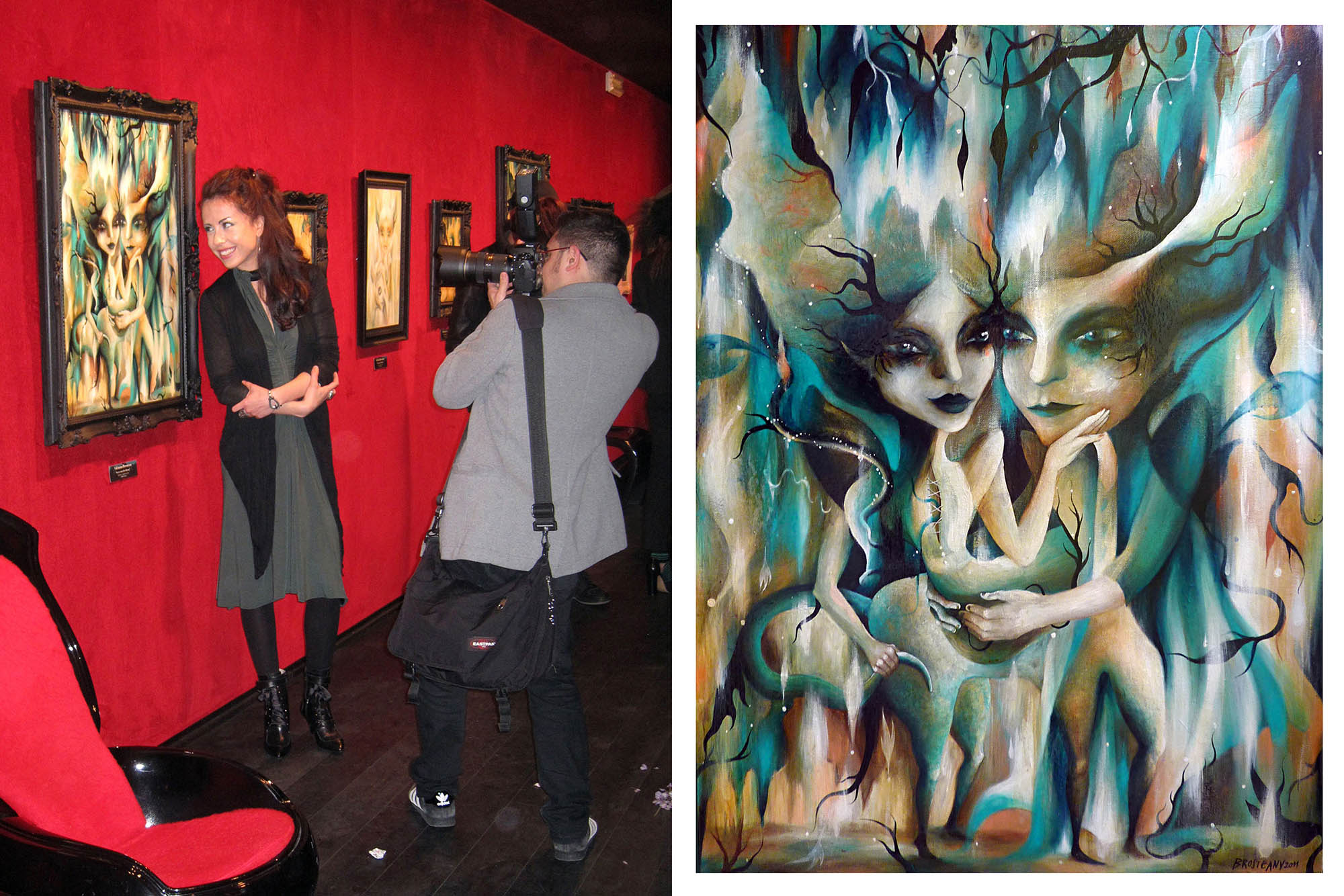 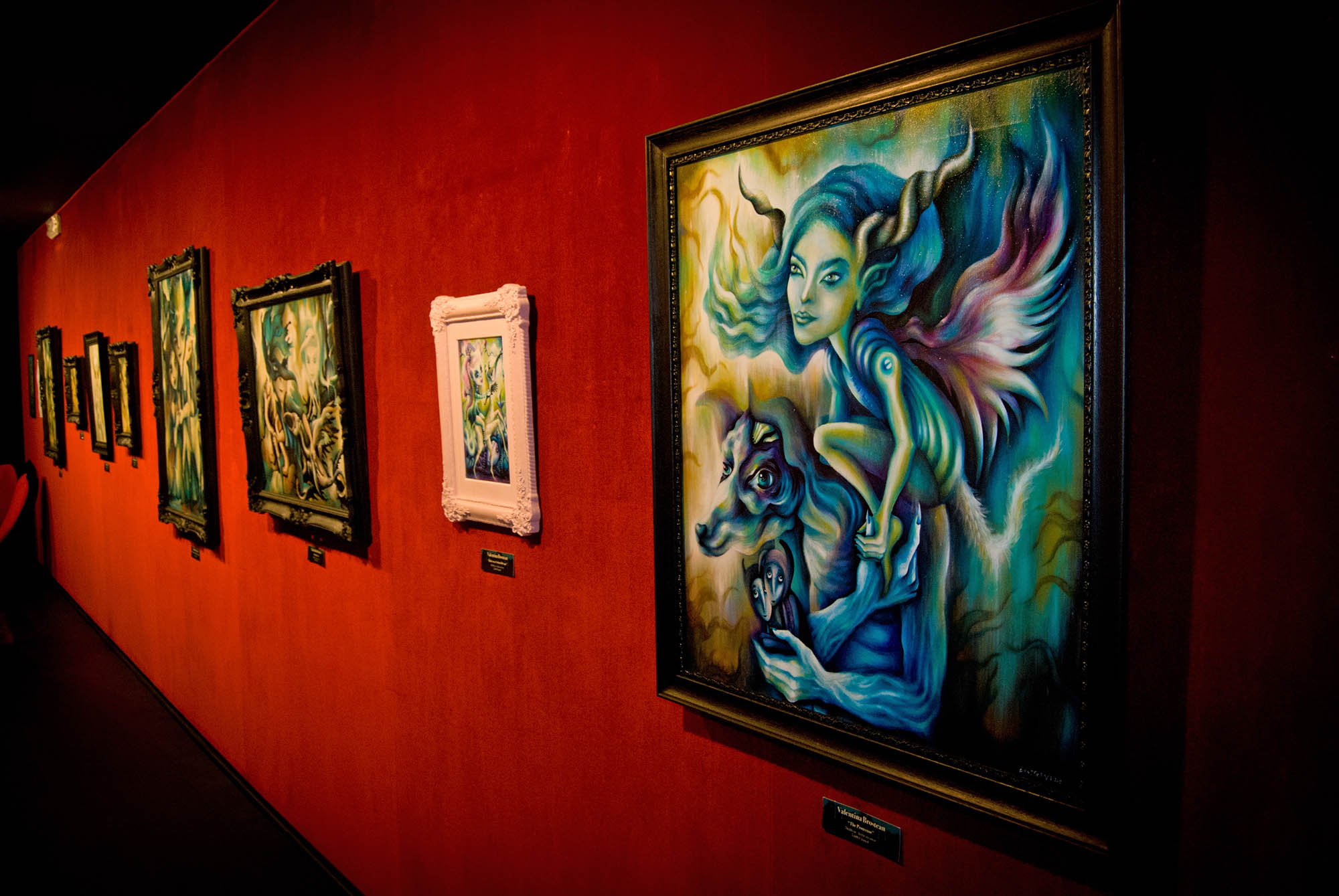 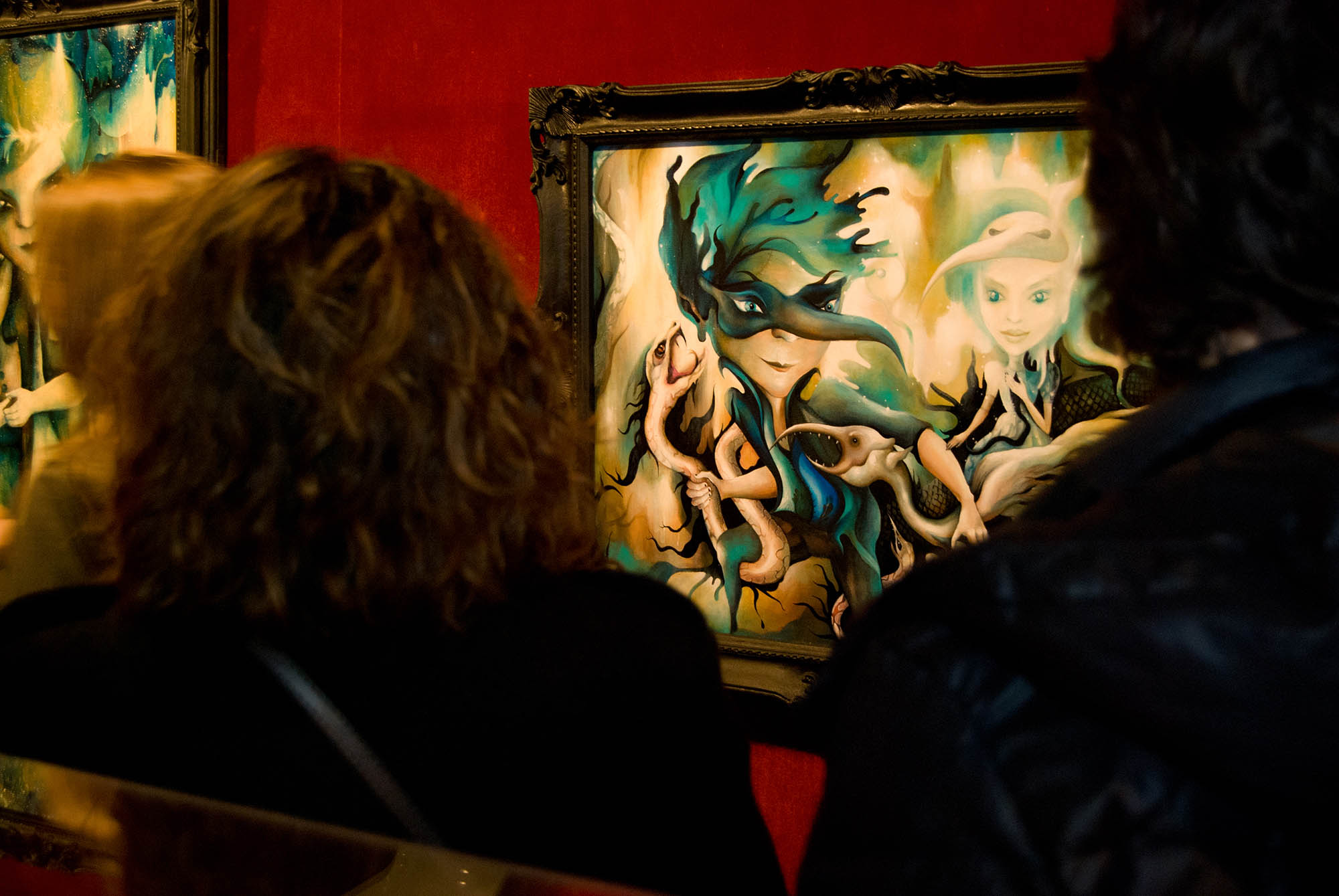